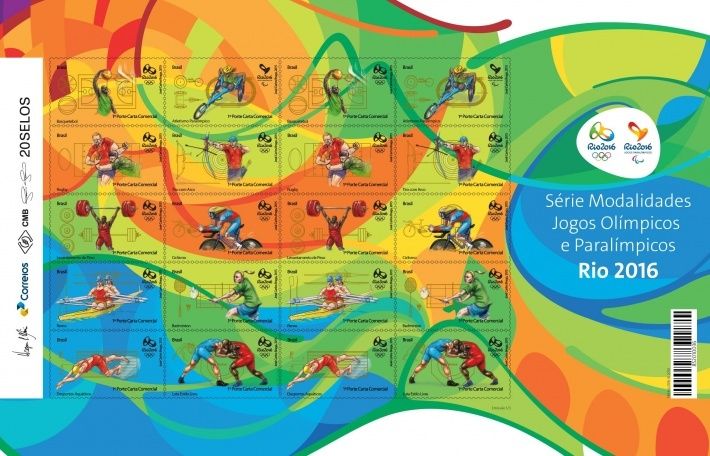 At D-500 of the Rio 2016 Olympic Games, the first commemorative postal stamps has been launched on Tuesday 24th March 2015.

Rio 2016, in partnership with the Brazilian Post Office, unveiled a block of 20 stamps representing 10 designs that feature nine Olympic and one Paralympic sports

There will be 31 different designs in total, reflecting the fact that Rio 2016 will be the Games of the XXXI Olympiad. Two more batches will be launched this year – the second comprising 10 stamps and the third featuring 11 stamps. 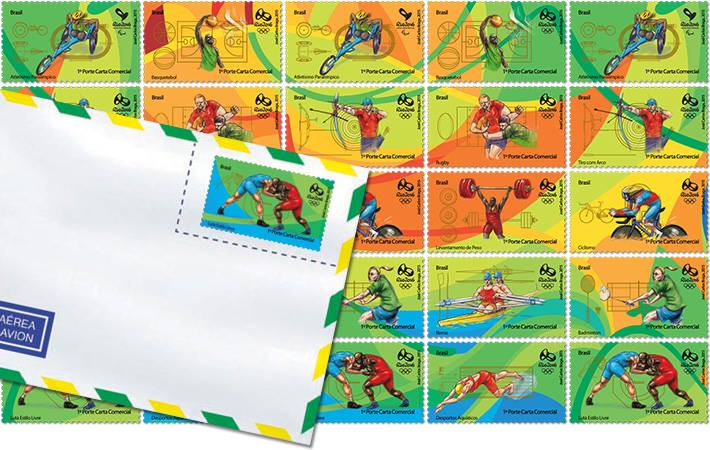 Available soon on line are : http://www.correios.com.br/correiosonline