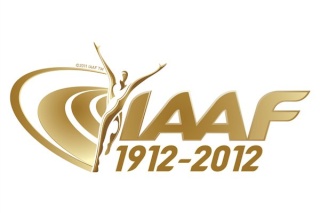 The exhibition will be held at the Juan Antonio Samaranch Olympic and Sports Museum in Barcelona.

Based on the design of an athletic track, the exhibition will include eight "lanes" themed around the history of the IAAF and its founding members; the greatest athletes of the Olympic Games and IAAF World Athletics Series; the development of the IAAF competition program; the achievement of the six continental confederations; the role of women in sport; technical developments; the greatest competition moments and stars of the last 100 years; and an overview of the IAAF's goals for the next 100 years.

The exhibition will be open to the public from Oct. 13 to Nov. 25 before closing on the weekend of the IAAF Centenary Gala, also in Barcelona.

Monte-Carlo - The IAAF Centenary Historic Exhibition, boasting the greatest collection of athletics memorabilia ever assembled, will open to the public in one months’ time.

One of the highlights of the year-long IAAF Centenary celebrations, the IAAF Centenary Historic Exhibition takes place in the 'Museu Olímpic i de l’Esport Joan Antoni Samaranch’, Barcelona, Spain from Saturday 13 October to Sunday 25 November 2012.

Built on and around a specially laid Mondo track, the main 8 displays, which appropriately for this exhibition are called 'lanes’, cover the history of the IAAF and Athletics, in text, photographs and video.

• Lane 1 - The exhibition opens with '100 Years of IAAF’ which presents the history of the IAAF and its founding members set against a general historical timeline of the past century.

• Lane 5 - 'Women in Athletics’ follows the struggle for equality and parity with men’s athletics.

• Lane 7 - 'Events Highlights’ - another huge display, focusses on many of the greatest competition moments and stars of the last 100 years.

• Lane 8 - 'Building for the Future’ brings the exhibition to a close by looking at the next 100 years with an emphasis placed on the IAAF’s School / Youth programme and IAAF/Nestlé Kids’ Athletics.

Linking these displays together are numerous glass display cabinets stacked with over 300 items of Athletics memorabilia very kindly loaned to the IAAF by athletes, museums and private collections from around the world, including an historic athletics shoe display from IAAF Partner adidas.

These artefacts date from antiquity to the present day, with the oldest items being coins and vases dating back to 256BC, and the newest, competition numbers and clothing from London 2012 gold medallists.

Medals from each Olympics Games (1896-2008) and the 13 editions of the IAAF World Championships (1983-2011), along with clothing, equipment, statues, medals, programmes which celebrate legends including Nurmi, Owens, Blankers-Koen, Zatopek, Oerter…through to Bubka, Coe, Lewis, Johnson, Gebrselassie, Zelezny, Szewinska, Mutola… to the present day of Bekele, Bolt, Rudisha, Cheruiyot, Dibaba… make this the greatest collection of athletics memorabilia ever to be assembled.

Additionally, examples of general athletics equipment old and new are being loaned by Mondo and Seiko, who like adidas are also IAAF Sponsor Partners.

The unique IAAF Centenary Historic Exhibition, is open to the public for six weeks, and will close on the weekend of the IAAF Centenary Gala (Sat 24 November) which is also being staged in Barcelona.

In the coming weeks, ahead of the Exhibition’s opening, we will highlight some of the athletics treasures which will be on show, with a full inventory and audio-visual "walk through" published on the IAAF website once the exhibition opens to the public.

The IAAF Centenary Historic Exhibition will be housed in the museum’s temporary exhibition gallery thanks to the kind support of the Barcelona Olympic Foundation and the Museu Olímpic i de l’Esport Joan Antoni Samaranch, the City of Barcelona, the Real Federacion Española de Atletismo, and IAAF Centenary Main Partner VTB, and Supporting Partners adidas and Mondo.

The 'Museu Olímpici i de l’Esport Joan Antoni Samaranch’ is situated next to the 1992 Olympic stadium on Montjuïc hill, which overlooks the centre of Barcelona.