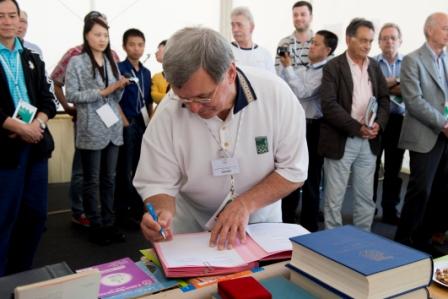 An agreement has been signed between the International Olympic Committee (IOC) and the Association Internationale des Collectionneurs Olympiques (AICO) following a General Assembly at the World Olympic Collectors Fair in Lausanne.

It followed the election of Poland's Roman Babut, of the Polish Olympic Philately Club, as first President of the new collecting body, and the head of a five person Executive Board.

AICO has been formed this year following a three-year process of negotiations, replacing the Federation Internationale de Philatalie Olympique (FIPO), dissolved at the request of the IOC in March 2013.

Unlike FIPO, which was essentially controlled by the IOC, AICO has been established with the principal aim of being both by collectors and for collectors, while it will also consist of all forms of Olympic collecting, not just philately.

The General Assembly consisted of 19 different collecting organisations, where an AICO Mission of  "fostering quality Olympic philately, numismatics and memorabilia collecting related to the historical and cultural aspects of the Olympic Movement" was established.

The IOC supported the establishment of AICO on the condition they sign a Memorandum of Understanding (MoU) spelling out the rights and responsibilities of both parties. 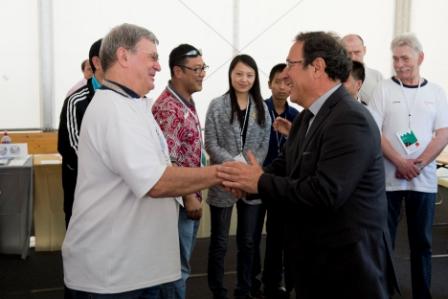 As well as Babut, the inaugural AICO Board will consist of two vice-presidents, American Mark Maestrone of Sports Philatelists International and Gianni Galeottis of the Italian Union of Olympic and Sport Collectors.

At the Board's first meeting they voted to sign the MOU with the IOC.

Babut claimed one of AICO's first priorities was to invite other Olympic collecting clubs not currently members of AICO to join.

A second priority is to establish a web site  to be the centrepiece of effective communication between Olympic collectors worldwide.

AICO will now also  start a process to seek formal recognition from the IOC for the right to be called an "IOC Officially Recognised Organisation".

This process is expected to take six to nine months to complete and will give AICO the same status as other organisations, including the Olympic Historians Society.

More information, including about how to join AICO, can be found by contacting Ait-Braham at secretaire@afcos.org